How to Layer Sounds (Properly!) in Dance Music | EDMtips

One of the most important skills to learning music production is the art of layering different sounds. In fact, one could say that this is THE skill – regardless of genre.

An orchestra involves layer complimentary sounds, as does a band, and it's certainly the case when it comes to Electronic Dance Music production. Think about it for a second, the kick layers under the snare, the synth on the bass, and the effects on top of everything else...

But we need to take it a step further, and look at layering each element of the track, too, to get really world-class productions. Now this isn't essential for EVERY element in a track, for sure, but the chances of creating the exact sound you want from one synth, one sample or one vocal are pretty slim.

Here are some of the benefits of Layering sounds in a mix:

HOWEVER, it’s not just as simple as slapping sounds you like on top of each other.

Imagine making a sandwich. A super-delicious, mega-sandwich that makes you (and others) want to dance. 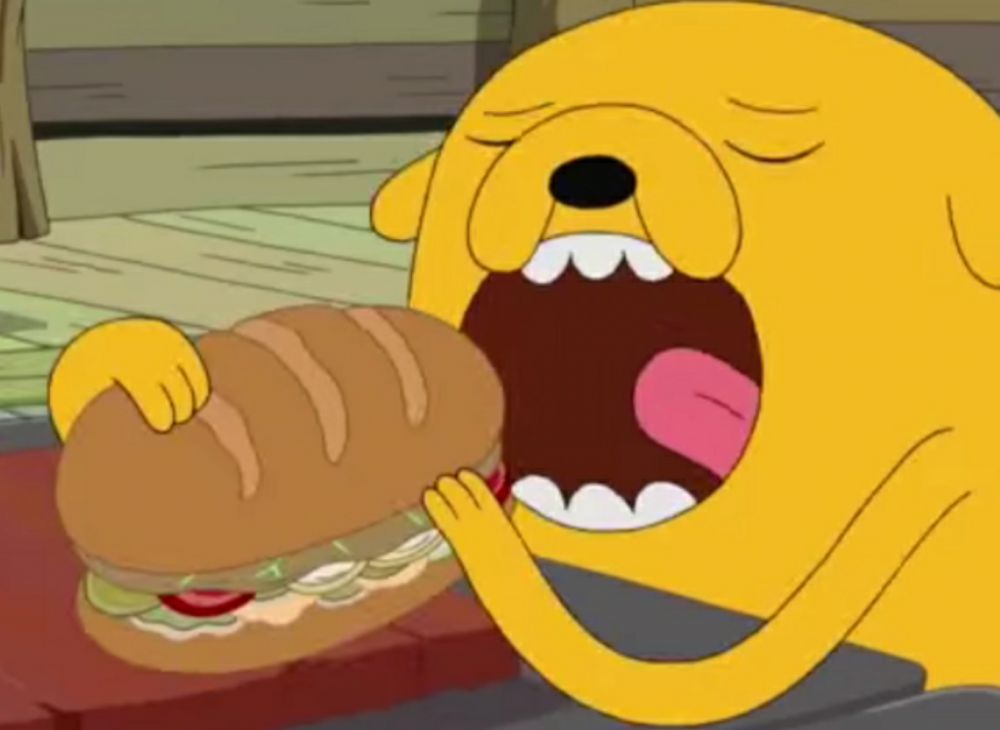 A sandwich - the ultimate in layering

You can’t just slap a load of either a) completely different or b) very similar layers in together and hope for the best; each element has to be added for a specific reason, complimenting the rest.

e.g. You wouldn’t put ham, bacon and gammon all in the same sandwich, as they’re too similar, BUT…

You might use ham, cheese, tomato and mustard – maybe a touch of salt & pepper – as each element works well with the other.

OK, so how DO we layer sounds successfully?

Buckle in, as this is a bit more of an advanced topic…

How to Layer Sounds (Properly!)

We layer successfully by considering three main characteristics of each sound we layer. All must be considered to get a truly awesome layered sound:

OK…Let’s dig into each of these 3 characteristics:

(I recommend approaching the first two characteristics in mono, as the stereo field can be distracting, and working in mono can help you hear whether your layers are having phase-issues. If you don’t know how to do that, check this tip out).

Ok, probably the most obvious one.

Make sure each of the layers compliments the others in terms of not clashing too much in the frequency spectrum. Choosing the right sounds to start with is key here....sounds that have a specific job. You can then put a spectrum analyser over each layer to see the big frequency clash areas and fundamental frequencies. Use reductive EQ to carve out space for each.

Let’s check out two layering examples – one for a lush pad sound, and the other for a kick drum. I've also included a walkthrough tutorial video of these examples at the bottom of this post.

EXAMPLE 2 (Kick): Kick layering. You might have a subby kick, a woody "knock" sound in the mid-range, and a tick in the upper frequency. Again, use subtractive EQ to carve out space for each. You can check out this post if you want more detail.

What to watch out for:
Big presets in synths and samplers will often have loads of effects on them, so they sound awesome when you preview them. However, this doesn’t help with successful layering. Try turning off the effects, then apply global effects to the total layered sound (in a group or on a buss). This will give you more control, and a cleaner, less cluttered sound.

2. Transients and / or dynamics.

Simple, but the most often overlooked: If you have a sound with a fast attack, you might layer it with a sound with a slower attack, and a sound with a long release. This will stop transient build-ups, give your overall sound more clarity, and greatly reduce the likelihood of clipping and distorting.

Let’s plug it into our two examples from above:

EXAMPLE 1 (Pad): We’re going to make the bass part of the pad have a slightly longer attack than the flute, and the saw synth high frequency part will have a long release.

EXAMPLE 2 (Kick): The mid range and top will both have a past attack, but the sub bass can have a couple of milliseconds delay, and more release. This slower attack should be inaudible to our ears, but will reduce clipping and give us more headroom in our mix.

I always approach stereo last. Why? Because it can be used to mask over otherwise poorly matched sounds. If you get the first two characteristics matched, though, this is the next to tackle, and it’s pretty simple.

You can either pan sounds left and right, or you can increase (or reduce) stereo width with a stereo-imaging plugin. Here’s a good free one (an EDMtips subscriber, Roger, pointed me to this. Cheers to Rog! 🙂).

EXAMPLE 1 (Pad): Ok, we’ll keep the sub synth mono, as we don’t want frequencies below about 130Hz in stereo. We can then either pan the flute sound slightly left and the saw synth right, or use a stereo imager to make the saw synth extra wide, and allow space in the stereo field for the flute sound.

EXAMPLE 2 (Kick): It’s totally fine for most kicks to be completely in mono, but you might want to spread out the top "click" layer with a stereo imager for more interest. The sub kick layer would most definitely be completely mono.

When you’ve got your sounds layered and sounding good, you can then gel all the layers together with some light compression (barely any gain reduction), and maybe apply a little reverb if it’s the pad example (but not for the kick!)

As I said, this might be pretty advanced for some people, but try it out in your next production session…I guarantee it’ll help!What do you think about layering sounds? Have you got any tips or questions? Let me know in the comments below 🙂