How To Make Chords | EDMtips

How To Make Chords

Learning how to make chords will help you QUICKLY take your compositions to the next level.

I don’t know about you, but I’ve often struggled to come up with original and soul-grabbing chords in my tracks. Sure, you can use ready-made loops and stick them together, or listen to (and copy) existing tracks you love, but having a basic grasp of how to put your OWN chords together from scratch opens up a whole new world of original possibilities...

A friend asked me recently: “How do you make chords, and how do you know which ones sound good together?”. Well, the key to chords, is, err, “keys”.

A chord is a combination of three of more notes. Easy. You build chords using notes from within a key.

Well, in music, a key is basically the name given to a collection of notes that can be used together and still sound good. You get major keys and minor keys. Major keys sound happy :), and minor keys sound sad :(. For instance, The key of C Major includes the notes C, D, E, F, G, A, B and, when played in a scale, sounds like this:

The Key of C Major:

On your DAW (Digital Audio Workstation) piano-roll editor - which is basically a virtual piano - it looks like this:

Ok, so now we have the basics, we can learn how to make chords. There are loads of different types of chord, but below are the 13 you’re most likely to use, how they sound, and how to make them in ANY key. If you want to really save time, you’re probably most likely to use numbers 1, 2, 5, 8 and 9, so skip to them. We’ll use “C” as the root note in all of them for ease, but you can work out the equivalent chord in any key by counting the intervals between the notes (to see what keys there are and which notes are in them, check out this page).

The 13 Most Useful Chords (5 most common in bold):

For each chord, there will be its name, the emotion (I think) it evokes, the notes used, an audio clip of how it sounds, and how it looks in the piano-roll of your DAW:

The most common type of chord is called a “triad”. A triad is made up of a root, a third, and a fifth (“root", “third" and “fifth" refer to the note position within the scale), therefore, a C Major chord will use C, E and G, and look something like this in your piano-roll editor: 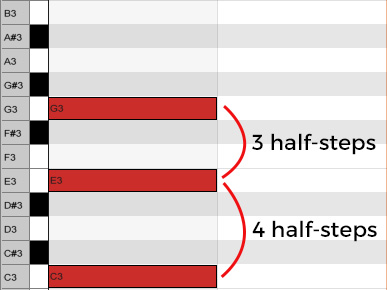 Give it a try! Ta-da…your first chord!

The second most common (and simple) chord, is a minor. Very similar to the major chord, except the third is dropped one half-step, which gives it a “sad” quality. 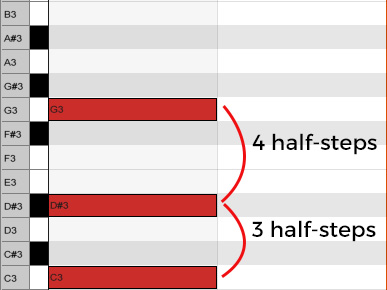 OK, now we’ve got the most basic two chord-types covered, here are are the other 11 most common types, what they sound like, and how to make them: 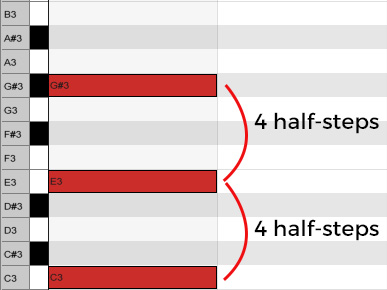 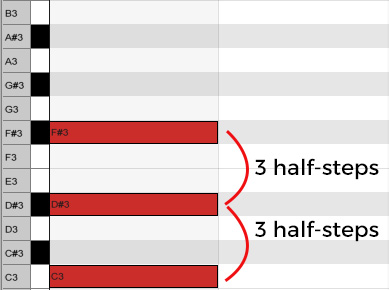 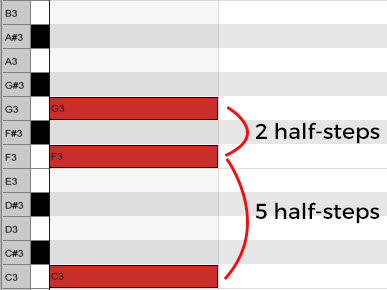 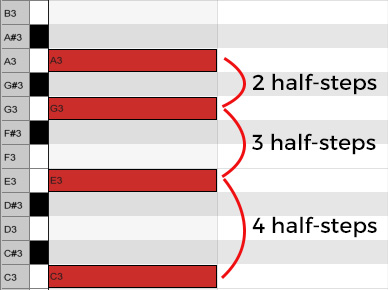 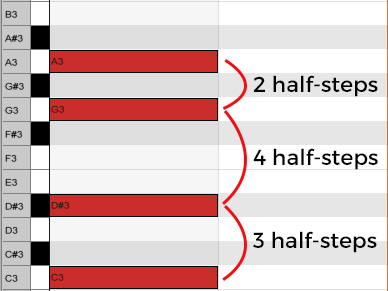 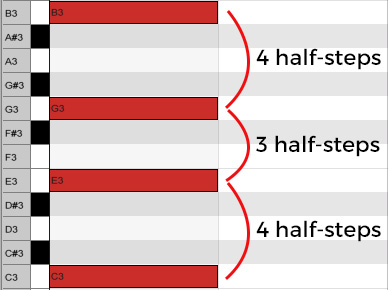 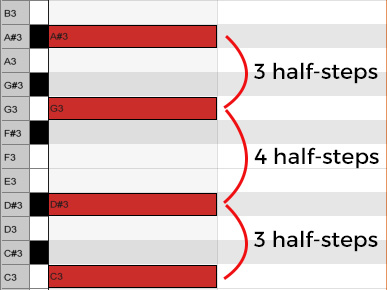 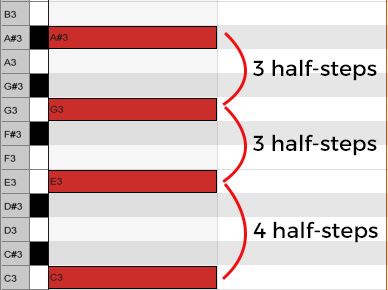 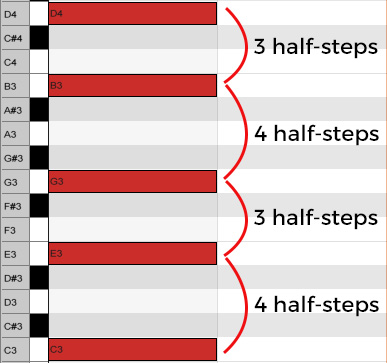 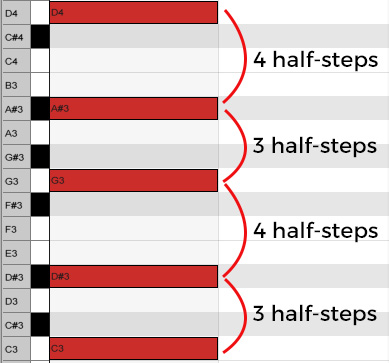 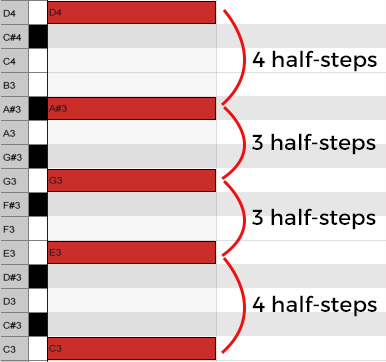 Great! So you now know all the chord types you will pretty much ever use! If you want to shake things up a bit, you can use difference “inversions” of each chord. This basically means you swap their order, e.g. a C Major 1st inversion will have E as the root note instead of C, so it would sound and look like this: 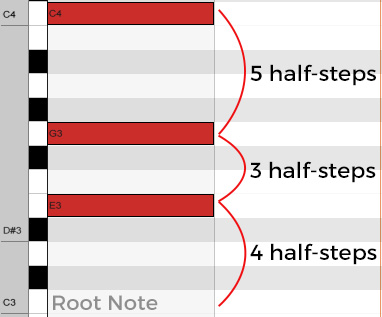 So there you have it! Experiment with different inversions and creating different chords in different keys, and have a go at putting them together. We’ll cover how to sequence them together effectively in another post.

I hope you’ve found this helpful! Do you have any chords you use that I’ve missed, or is anything unclear? Let me know in the comments section below, or post a link to any music you make using these chords. If you like the post, please share it 🙂