How do you stand out when there are SO many tracks being released each week? And you’re not even a professional producer yet?

Well, apart from high quality, the key is to develop your own, unique “signature sound”…the holy grail of music production!

1. What is a signature sound?

Firstly, what do we mean by “signature sound”? It’s when you can identify a producer’s work by ear, without being told who wrote it. A signature sound defies genre. That’s how you can identify a Calvin Harris track whether he’s made an EDM stadium banger, or a slice of funk-filled reggae with Pharrell Williams and Katy Perry. It’s why you can hear Rob Swire’s production style whether it’s a Pendulum or Knife Party track.

Firstly…consider this: You don’t NEED a signature sound to be a successful music producer (however you define “success”…a topic for another day, perhaps), but it DOES help from a marketing point of view.

Think of this analogy: When you eat a delicious meal in a restaurant, you don’t have to say “that is unlike every other meal I’ve ever tasted” to enjoy it and come back for more. However, if you DO find yourself in a restaurant that does one thing better than anywhere else, you definitely won’t forget it – and you’ll probably tell your friends about it.

When you have a signature sound (and people are digging it), they’ll end up craving more music from you – and only you – because they know it’s the only place they’ll get that exact sound.

3. How do you develop your own signature sound?

In an interview with EQ Music Blog magazine, Axwell (you know the one… Swedish House Mafia & Axwell ^ Ingrosso? Yeah, that one), said when asked about an album he was working on: 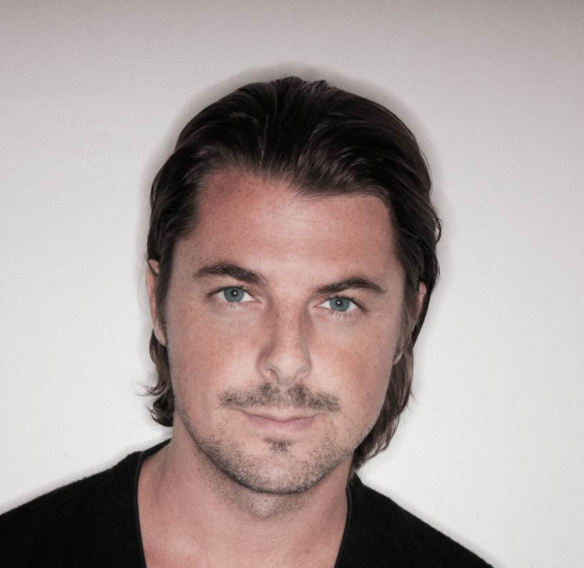 “I think it might be a little bit all over the place. Because I kinda like to change all the time. I get bored with the same music very easily. I think it might feel different all the time – different tracks, different vocalists, different sounds. But there will be something that holds it together throughout so that you know it’s Axwell. Lots of vocals – I want to make people feel something – that’s why I make music. I want to feel the goosebumps when I make the tracks. I need to feel the goosebumps too – that’s the main ingredient – goosebumps.”

So, the most important thing is you have to love your signature sound….you have to feel it. If you try to jump on someone else’s sound, you’ll be drowned out in the legion of other copycat producers, and won’t have the heart to keep working it. There is a large element of luck as to how successful a particular sound will be (depending on what people want at that particular time), but if you truly enjoy what you write it can never be a waste of time.

However, it’s also worth realising that signature sounds are 90% COPIED, 10% ORIGINAL. Think of these famous producers: Deadmau5, Calvin Harris, David Guetta, Skrillex, DJ Snake. Each one of those guys took influences from all the different music they listened to, copied elements of it and developed it into their own sound, at which point they can claim the new sound as theirs. This is a game of leapfrog and evolution, and completely natural. It’s good to know, as we don’t have to completely re-invent the wheel…just look at something that already exists from a slightly different perspective, or improve upon it.

Here are 10 quick ideas to get you started on developing your signature sound:

1. Listen to your top 10 rated tunes in iTunes (in all genres), and analyse the specific elements you love about each track. There will be a common theme (or themes). Try and distill the essence of what you love about them so much. As an example, I’ve done this exercise before and this is what I found:

I love older Calvin Harris records (particularly from the album “Ready for the Weekend”). I also grew up listening to old school Rave (like The Prodigy, around 1993), Progressive House (circa 1995) and trance (1998 - 2000), plus a lot of chill out as well as some pop music. Obviously, these are very different genres, so I looked for the thread of similarity between them. Turns out it’s a few things, and if you listen to my records I hope they come through:

i) Lush, heart-melter 7th chord progressions (to find out how to make them, check out my new course).

ii) Progression, so the track ends with more going on at the end than at the beginning.

iii) Vocal elements where possible, though processed and chopped up.

iv) A nod to retro computer game sounds (like the Commodore 64 and Nintendo N.E.S).

2. If you’ve already finished some tracks, ask your friends / listeners if there are common elements in your music? There might be some you aren’t aware of. For instance, a good friend of mine (and producer) noticed I use lots of chopped up vocal samples in my tracks.

3. Listen to an array of different musical genres (that you wouldn’t usually), and take inspiration from them. Check out the similarities between 10CC’s “Dreadlock Holiday” and Calvin Harris’ “Feels”. In fact, listing to the influences of your favourite producers and artists is a great idea anyway (https://inflooenz.com/).

4. Try combining two (or more) different genres together. Aviici did this to great effect with country music and EDM in his track “Wake Me Up”.

5. Experiment with technology. Skrillex made use of extreme macro automation that was never possible before Ableton Live. Rock music was borne from a guitar being played through a broken amplifier, and someone saying “Hey, that sounds pretty cool”. Try routing synths, samplers and effects in unusual ways, and messing about until you find something that sparks your inspiration.

6. Take an older sound, and re-imagine it in a modern style. DJ Snake had done this to great effect with his vocal chops, in the style of “Deep Forest” from the early 1990s.

7. Take a core element of one of your tracks that you love (e.g. the melody or bass line), and experiment with effects and different ways of creating that sound. Think of the other tools at your disposal (sampling, instruments, synths, effects). So you could try and re-create a bass sound by sampling a kick drum and looping it really quickly.

8. Try and recreate an element you love but in a different medium, e.g. if you’ve written a wicked synth line with a soft synth plugin (like Serum or Sylenth), try creating a short sample of the Middle C note and reprogramming it with a sampler. It will change the quality of the sound, and allow you different control over it.

9. Think of your audience rather than a genre, then try and satisfy their fundamental needs. For instance, if you’re making music for a big EDM festival like Tomorrowland, aim to create a sound that will get people going crazy at the drop, rather than specifically trying to make an “EDM layered lead synth”). The best way for this might be sampling a barking dog, looping it and sticking some distortion on it! You don’t know until you try! 🙂

10. Try swapping different elements, e.g. move your melody to a bass sound, and your bass sound to a higher sound. This is what exactly what KSHMR did ACCIDENTALLY when he produced the smash hit “Like A G6” for Far East Movement (check out this video).

And there you have it! Although defining your signature sound is a constant process (as improvement with every track should be the goal), the above points should help you get on the right road to finding your unique sound. Don’t stress about it, though….have fun, trust your instincts and feel the goosebumps!

Do you have any ideas for creating a signature sound? Share with the community in the comments below and let us know.